I have appeared several times on the television, radio and in the press talking about motherhood, mental health (including my experience of PND) and the pressures we are under as new parents. I have worked with The BBC, Channel 5, several radio stations, The Guardian, The Independent, The Metro, mashable.com, The Talented Ladies Club, Honest Mum and whattoexpect.com to name a few.

I am available for comment and appearances. Please feel free to contact me on sally@mumsback.com or 07855 828904 for more information.

Please see below for examples of my work.

The BBC interviewed me on several of their radio shows on Wednesday 8th August following the statement tennis star Serena Williams made regarding her struggles with motherhood. You can hear me speaking with Lisa Shaw on BBC Radio Newcastle here

Channel 5 asked me to speak about perinatal mental health issues in their live broadcast on Tuesday 8th May 2018. You can watch the broadcast here

You can listen to the show here 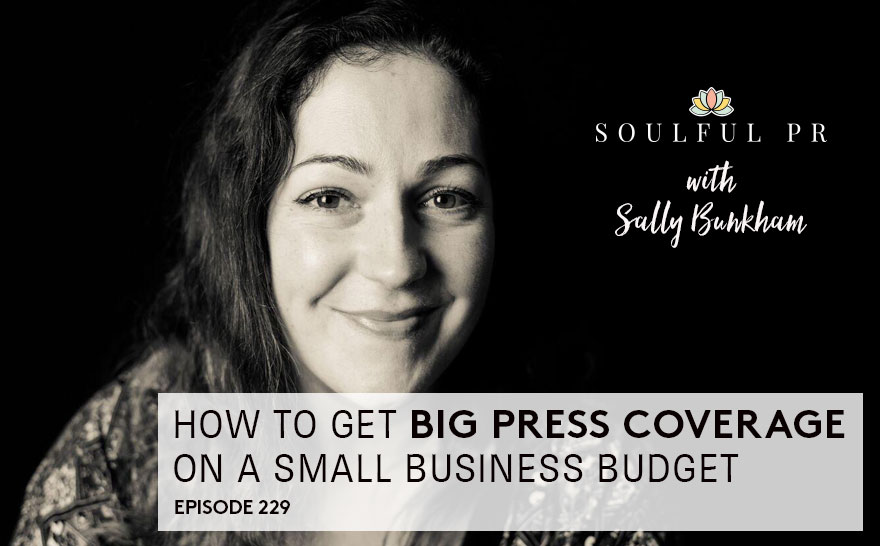 I appeared on the BBC's Victoria Derbyshire Show, talking about my experience of maternal mental health. BBC News picked up the story following this. You can watch the clip here:

I was delighted to feature in The Social Bee Podcast, speaking about my experience of setting up a business and the inspiration behind it. You can listen here 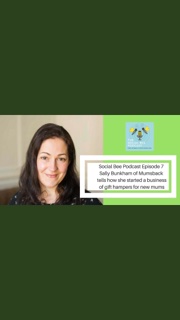 In July I was invited to the Channel 5 News Studio to discuss the pressures pregnant women are under to eat properly whilst pregnant, in their live show. Check out the clip here

Throughout June I was working with NCT on their Hidden Half campaign to raise awareness and improve services for those suffering with postnatal depression.

On 22nd June I was interviewed about my experiences by Channel 5 News. Here is the clip:

On 28th June I was interviewed on Rutland Radio. You can listen to the clip here:

I featured in an opinion piece for i-News discussing what it is like having 2 babies just one year apart. You can read the piece here. 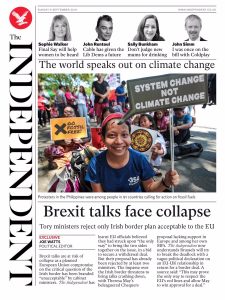 I was delighted to write an article for The Independent Voices series, about the judgement new mums face, specifically around the topic of alcohol. You can read the article here.

I wrote a guest blog for The Motherload about Serena Williams’ recent statement where she revealed she was struggling with motherhood. You can read it here. 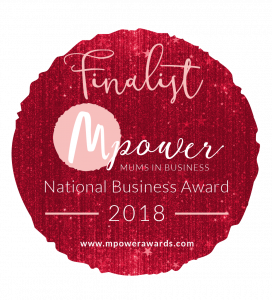 I was so delighted to learn I am a finalist in the amazing M Power National Business Awards, in the ‘Rising Star” category. Just getting to this stage is a complete honour. I will find out how I fair in the Finals at the end of June. Watch this space.

I enjoyed contributing to this funny article in The Metro about birth stories. Check it out here. 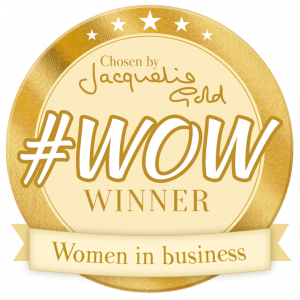 On April 25th I was happy to hear I had been chosen to win a #WOW Women in Business Award from the fabulous Jacqueline Gold CBE. The Brighton Argus also featured the story, which you can read here.

I was really delighted to feature in a feature about women finding business success after a period of adversity. You can read the article here.

Entertainment ran a feature about postnatal depression that featured Rebekah Vardy and myself. This was following Rebekah appearing in the TV show “I'm a Celebrity” in the jungle, where she opened up about her experience of PND. You can read the article here.

The Brighton Argus ran an article about our story and mission. You can read the article here.

Mum's Back was featured in a “10 Best Alcoholic Hampers” piece in The Independent, alongside the likes of of John Lewis and Fortnum and Mason. Read the feature here.

On 15th September mashable.com ran a feature about me and how I set up Mum's Back. As a big fan of mashable I was super delighted. Read it here

On 12th September The Metro ran a feature about Mum's Back. You can read it here

whattoexpect.com ran a feature on Mum's Back during September. Read about it here

My old University featured a little story about me, and how I reached them via the clearing process way back in 1999! Read it here

On 15th August I was so chuffed to be featured by The Guardian in a feature about people that did badly in their A Levels, but are doing well now. Of course, I mentally high fived my misspent youth for this article. You can read it here 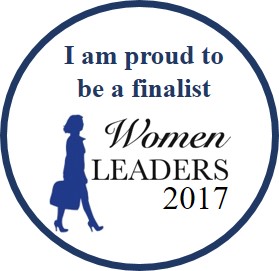 On 10th August I discovered that I had been nominated and short listed for a “Women Leaders 2017” Award, in the ‘Female Entrepreneur’ category. A lovely surprise. There are interviews and further judging in September, culminating in an Awards Dinner where the winner will be announced on November 10th. Watch this space!

I wrote a blog for the fabulous Motherload about a rather shitty experience I had of random verbal abuse, ironically when I was on my way to Channel 5 Studios to be interviewed live about pressures women are under.  You can read about the pretty horrible and sexist experience, and my reflections on it, here.

I was absolutely delighted to be interviewed by the incredible Honest Mum as part of her #wonderfulwomen series, which has included the likes of Emma Bunton, Alesha Dixon, Caprice and Cerys Matthews. An absolute honour! Check out the interview here

The Dad Website, based in Australia, liked the piece that I wrote for my lovely husband on Father’s Day, and featured me in their own special edition http://thedadwebsite.com/2017/06/husband-fathers-day/

This piece for Selfish Mother gives hints and tips on the top 10 meals to eat whilst baby trapped. Those that have had newborn velcro babies will appreciate that the struggle is real! http://www.selfishmother.com/10-one-handed-meals-for-baby-trapped-parents/

Parenting and Lifestyle blog The Early Hour featured an article about PND and Mum’s Back http://theearlyhour.com/2017/05/08/postnatal-depression-maternal-mental-health/

I love what The Talented Ladies Club do, and I was delighted to be interviewed by them for a feature about Mum’s Back https://www.talentedladiesclub.com/articles/interview-sally-bunkham-founder-mums-back/

I also wrote an article for them about PND and the surprising positives that have come from my experience http://www.talentedladiesclub.com/articles/the-positive-side-of-my-postnatal-depression/

I wrote a blog for Selfish Mother for Maternal Mental Health Awareness Week about my experience of PND http://www.selfishmother.com/pnd-the-dark-days-when-mum-was-anything-but-back/

I wrote an article about how we can lose our identities as mothers, and how to get them back again. I was delighted to be featured in Selfish Mother's “Great and the Good” section with this one http://www.selfishmother.com/identity-how-to-get-mum-back/ 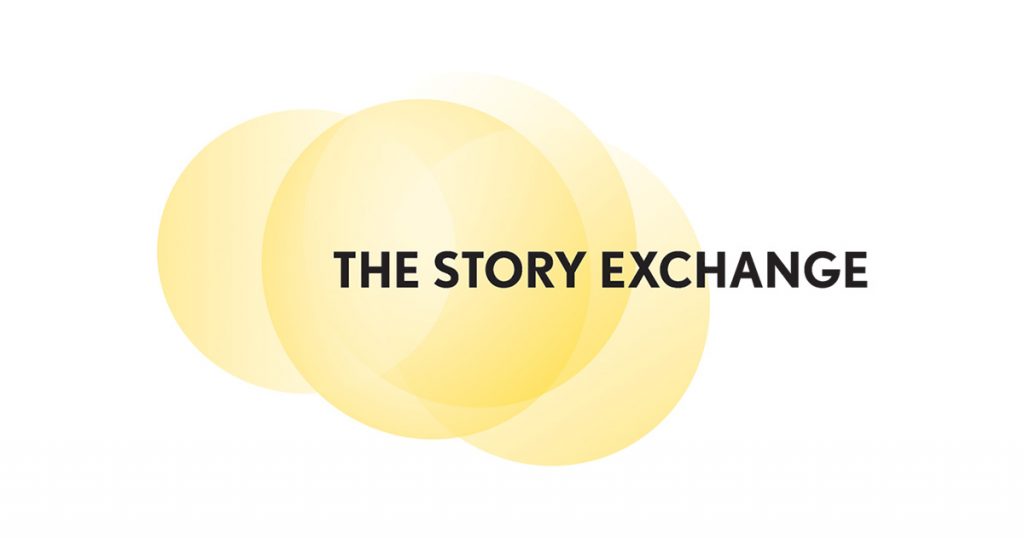 The Story Exchange is a fantastic initiative that showcases brilliant stories of entrepreneurial women across the globe. I was lucky enough to have them feature my story. You can read it here

I’m a big fan of the Facebook group The Motherload, and I wrote a blog for them about my experience of PND, particularly relating to my feelings of anger and shame. It was a tricky and emotional blog to write, but I’m pleased it helped to raise awareness and help people feel less alone https://the-motherload.co.uk/shame-pnd-anger-demons/

Emily-Jane Clark’s blog Stolen Sleep, got me through some dark times during PND and chronic sleep deprivation. I was lucky enough to appear in her series of “Survivor Stories” http://stolensleep.com/2017/03/27/survivor-story-sleepless-nights-success/